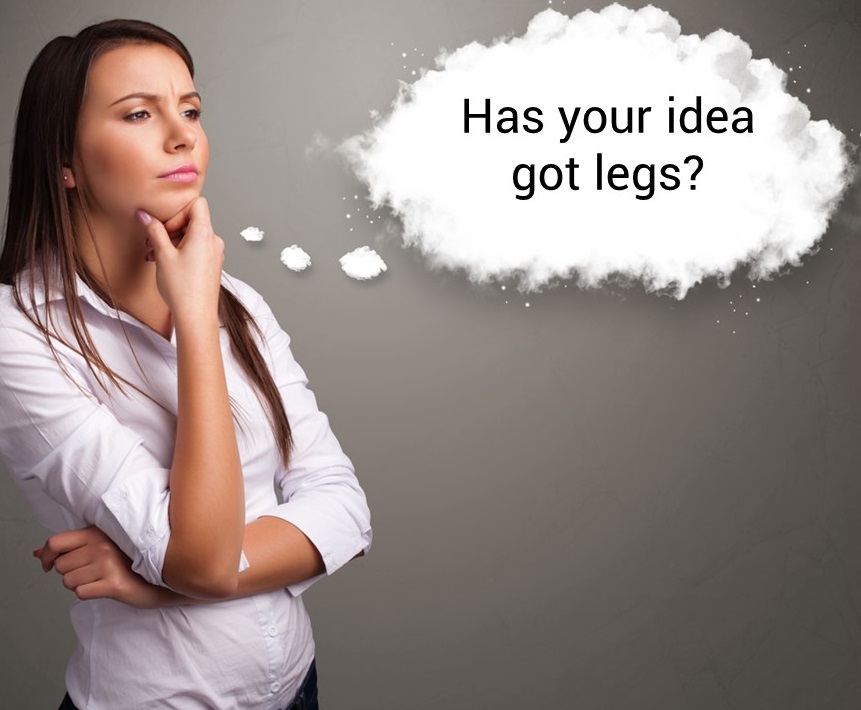 How do you create the next Uber?

How do you create the next Uber?

Someone recently asked me this question, and posed an intriguing challenge!

Of course there’s no end of creative techniques, to help you develop the next big idea for your industry.

A deep understanding of the industry you want to disrupt.

Most ideas come from people immersed in the industry themselves, either as frequent users, and/or employees frustrated with the traditional ways things are done.

Haven’t you been in those conversations over a drink, where you start to complain about a particular service. Then as the drinks flow so do the ideas. How many businesses started life on the back of a coaster?

Or you’ve no doubt heard the stories of an inventor who came up with this new tool, because they were so frustrated with what was available.

Of course having the idea is the easy part! But as any entrepreneur will tell you, it’s a full-on, steep climb up a mountain to actually make it happen.

If you’re doing this exercise within a company, there are a variety of creative techniques you can use to unearth new possibilities.  Which I don’t have the scope to go into here…but let me know if you want some leads.

But with an attitude of “just because this is the way we’ve always done it, doesn’t mean it’s the way we should continue”, exciting new ideas will evolve.

So you want to take your idea off the coaster. 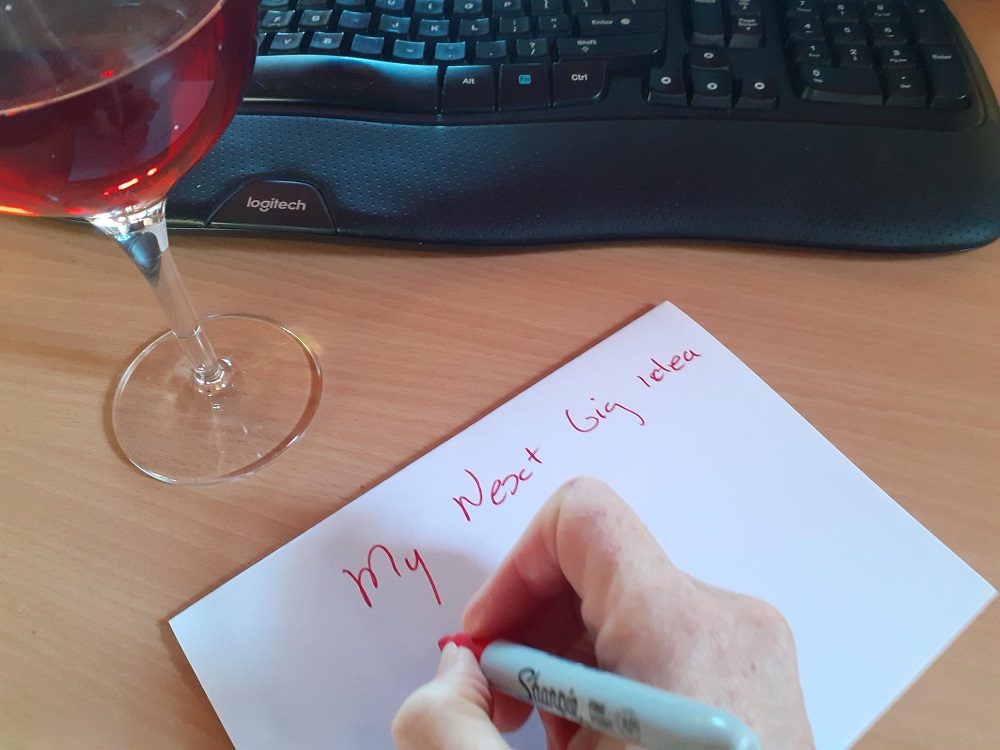 In the cold light of dawn you start to realise there’s a lot that needs to be done to actually make this happen … but it’s triggered something, and you’re prepared … so buckle in.

Before you go any further, you better do some sense-checking.  Like, does anyone else have the same frustrations with the service/product?

A great place to start is a SWOT (Strengths, Weaknesses, Opportunities, Threats) Analysis on the existing product/service. But at this early stage just do it from your drinking mates’ or team perspective. I like to use this as a reference later on… because it’s great to see how the idea evolved.

But do others have the same perception? That takes research.

I’m not necessarily talking about expensive in-depth studies either - you can use a variety of techniques.

Let’s start with ‘Desk’ research. There may be other studies that you can purchase, or even forums that complain about the service.

Then talk to family & friends to get their experience of using a service. They can be a great source of ‘seed-info’, but be careful. From my experience they can fall into one of two camps.

Either they are positive and don’t want to deflate your idea so just keep saying what they think you want to know … OR they take the negative perspective and kill your motivation.

If you open with, “I’ve got this great idea I want to run past you”, they’re instantly going to put their positive or protective hat on.

But, if you start the conversation with an engaging story, something like … “I ordered a taxi the other day and it was so expensive, the driver was … etc, you use taxis a lot, do you ever find that?  Is there anything that drives you nuts about taxis?  I had some ideas but I’d love to know if you felt the same way, or was it just me with my grumpy hat on

See the difference? A personal conversation, rather than blasting your opinions, will unearth more honest, open answers.  And let’s face it, if you’re about to invest a lot of time and energy into making something a reality, those are the only type of responses you need!

Time to review what you discovered

What does your SWOT look like now … has it changed? Is it still a good idea?  Can you make money doing it, or will it be good for society?  How much will people pay?  How often will they purchase? etc.

These are big questions. I know, I’ve been there, and the hardest thing is to remain subjective when you’re really excited about it.

But if you’re still convinced the idea is sound, then you need to test on the broader market.

This is the step where a lot of entrepreneurs come unstuck.  They believe their friends when they say it’s great.

But here’s the home truth. You either get opinions from a broader perspective now, or later.  And later can be a lot more expensive than doing a bit of early research.

Time to get a broader opinion

Just like with family & friends, if you ask someone if they would like X, the chances are they’ll say either yes or no.

And that’s not helpful.

Firstly, it’s nearly impossible for someone to even know if they would like something or not until they see, taste, hear or smell it.  That’s just the way we’re wired.

So although the idea in principle is sound, and nearly everyone you talked to said they’d use it, that doesn’t mean they will. This is human nature, so not a lot you can do about it.

But in techniques we’ve developed, ‘engagement’ (the level of people’s involvement in the process), will positively affect their responses. And you’re more likely to get honest, open opinions.

When it comes to sense-checking, we usually recommend you hold an informal discussion group of around 30 people in your target.  Ok, this is also a blatant plug for our platform, but we specifically designed it for engagement - turning research into a fun event.

So, what happens when people relax, is they feel more motivated and involved in your discussion. They start bouncing ideas around amongst themselves like a social group.

This is when you start to see how others are reacting to the shortfalls of the traditional service or even what they love about it. All in the context of their everyday life, which is the ultimate test.

Next step is to quantify the concept

This is where a survey comes into play. Now depending on the idea, your level of time & financial commitment to pulling this off, determines if you go into this stage.

But if you’re looking for investment for example, they’ll want to see how you justify the need.

The easiest way is via an online survey, but a stumbling block can be who to contact.

If you’re part of a larger company, then you probably have access to an existing database. But for the rest of us, finding a random, but targeted, group of strangers can be costly.

There are options available where you can buy access to panels of people interested in surveys. Or another way is to buy advertising on the social media channel where your target congregates. Make it sound like fun with a reward, and you’ll build your numbers.

Are you still in love with the idea? 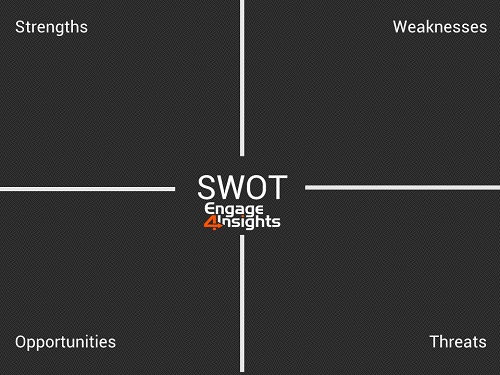 If you’ve got to this stage, and you’ve completed another detailed SWOT ... are you bouncing off the walls with excitement?

Time to roll up your sleeves, it’s going to be a fun journey.

And remember you don't fail by trying!

Innovation, disruption, or change … what’s right for you?

Read More
Innovation, disruption, or change … what’s right for you?

Innovation is a team sport – with Janice Francisco

Read More
Innovation is a team sport – with Janice Francisco

Why do you have to have innovation in your business?